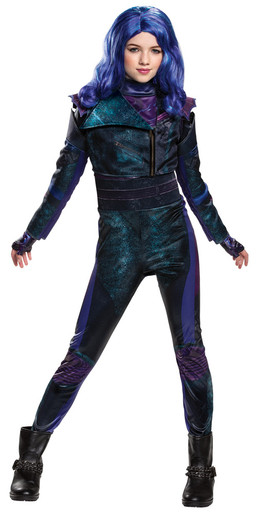 Hot on the heels of the incredibly popular descendants, and its animated spin-off series descendants wicked world, comes the much anticipated sequel film, descendants 3. Return to the magical worlds of Auradon and the Isle of the lost, where you'll be reacquainted with some familiar faces and introduced to some important new ones. Now girls can dress up as their favorite character Mal from descendants 3!