McCree is definitely one of the more interesting and (formerly) controversial characters on the tremendously popular game Overwatch. 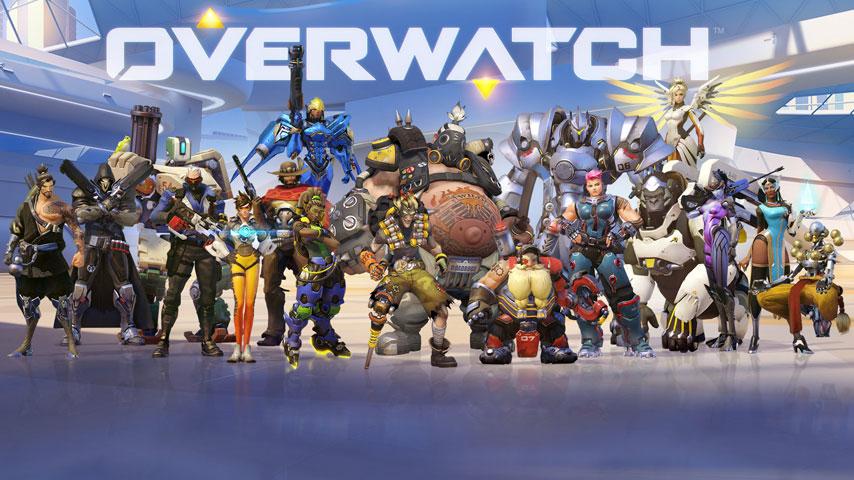 McCree initially generated some hate and bad attention when he was first released with the game as one of the original and starting characters. 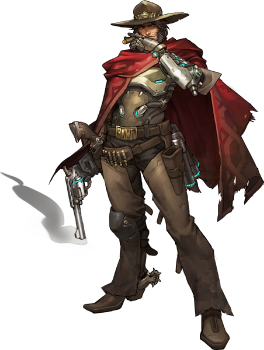 His 'ult' (ultimate attack) was considered too powerful and labeled as OP (over-powered). The major complaint was that it was taking out 'tanks' too easily...so they 'nerfed' him (weakened), and now the controversy has died down a bit.

But let’s skip past the game mechanics, and public outcry from outside the universe of Overwatch (since things that happen in our real-life universe don’t always need to be included in every article and discussion of the character), and delve back into the in-universe stuff and take a look at his character bio and backstory.

1) He was a famous outlaw and part of the notorious and infamous Deadlock Gang.

2) He got caught in a sting setup by Overwatch.

3) He was given the choice to rot away in a max security prison or to join Blackwatch (Overwatch Black Ops basically)...obviously he picked the latter.

4) McCree eventually saw this chance as a chance to redeem himself and repent for his past sins and crimes...he wanted to right the wrongs of the world.

5) He eventually left Blackwatch and Overwatch when malicious elements within Blackwatch itself began to bring down Overwatch. When the infighting started to get too much for him he bailed out and went underground and alone.

Alright, we’ve talked quite a bit about McCree...more so than what’s strictly necessary for cosplaying the guy.

So let’s not drag this out any longer and get to the core of it all.

Here’s what you need: 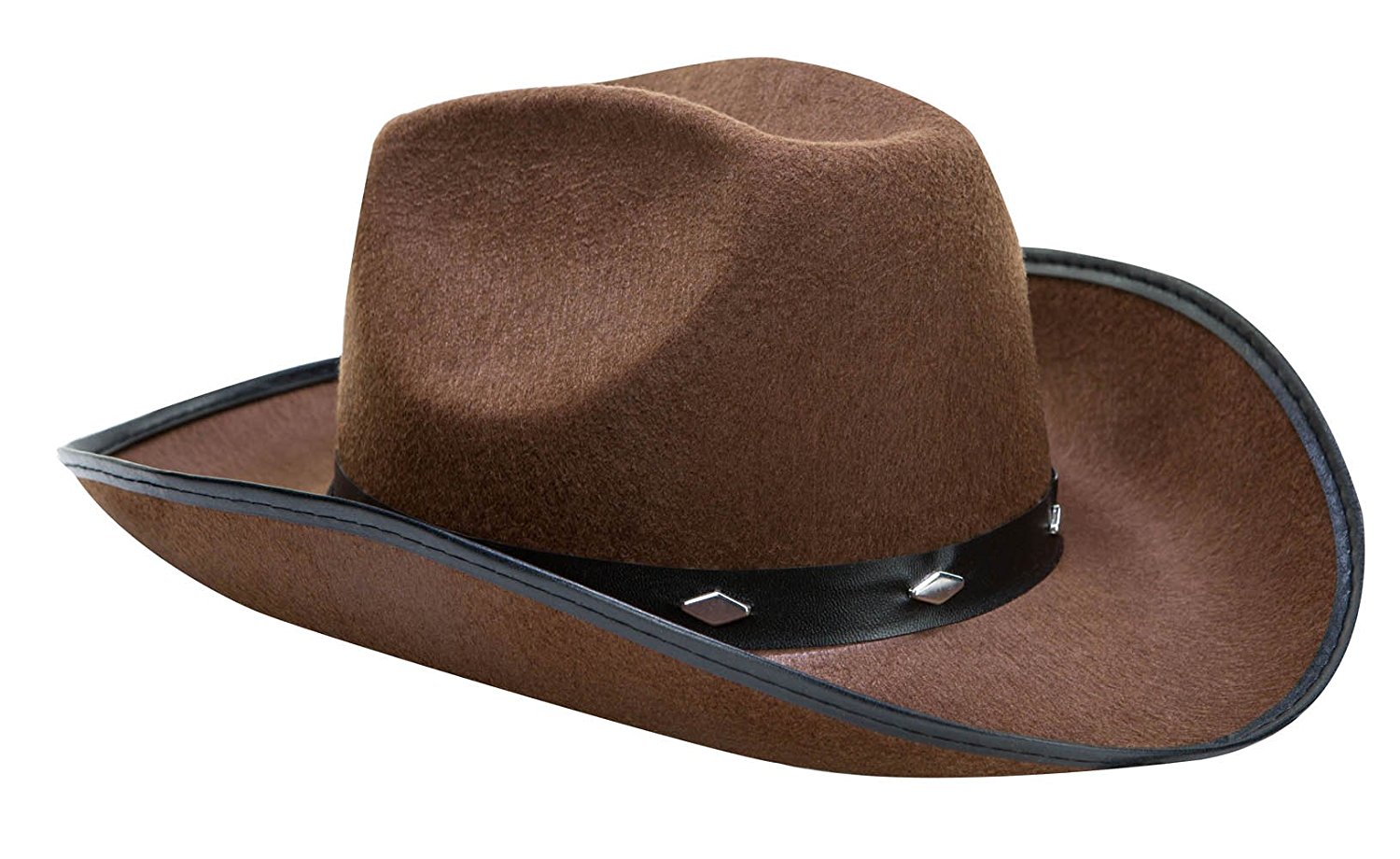 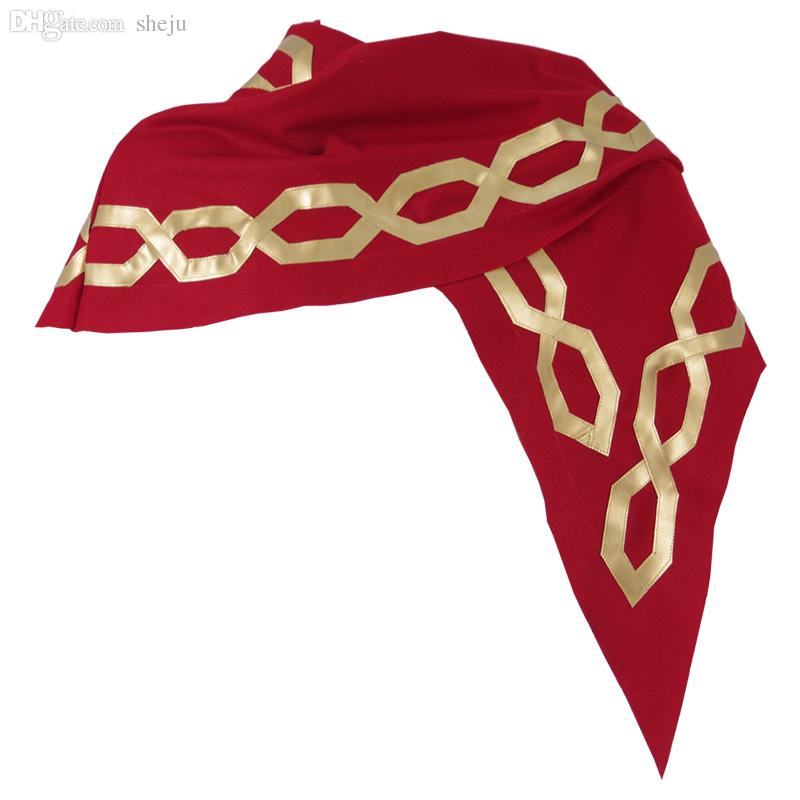 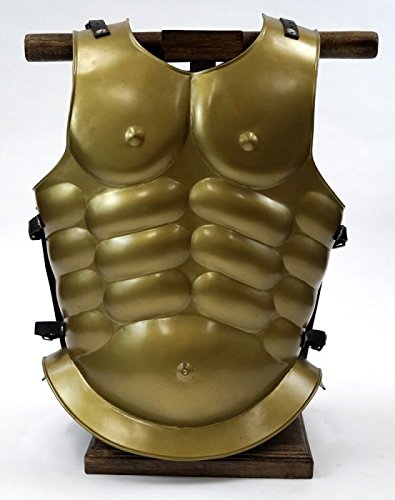 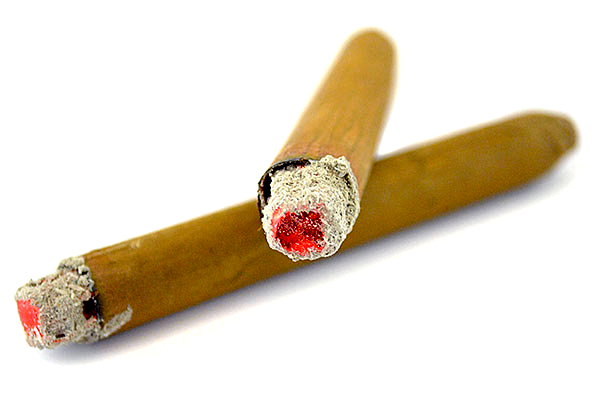 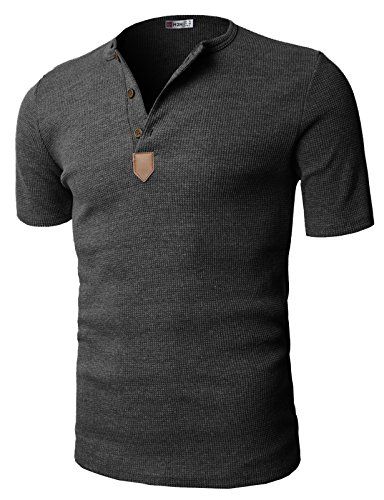 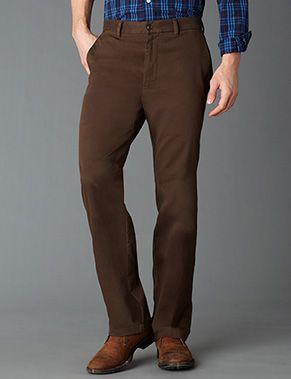 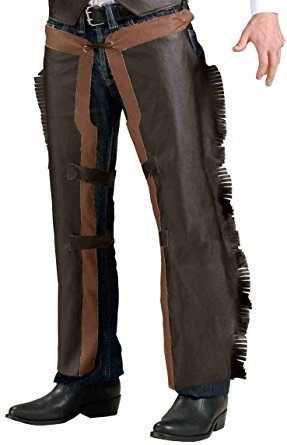 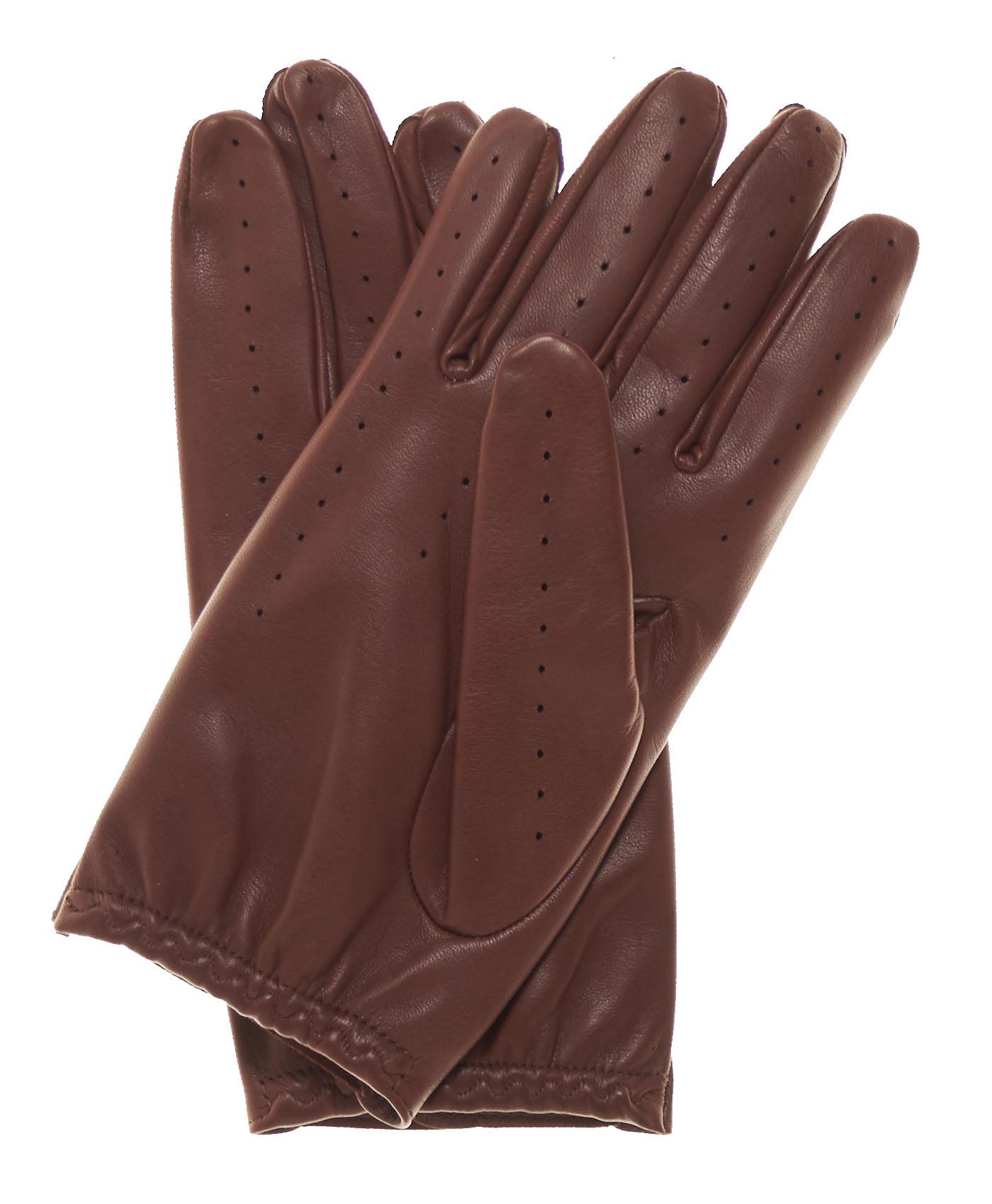 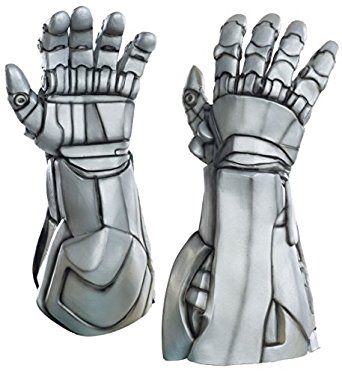 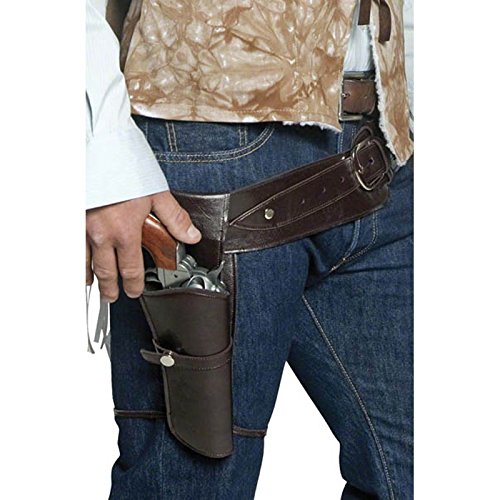 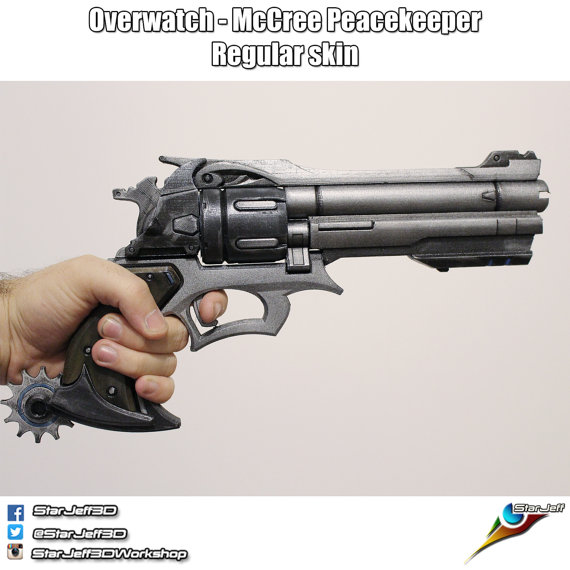 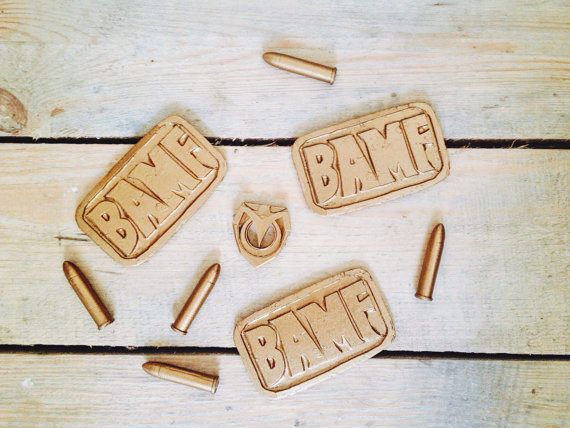 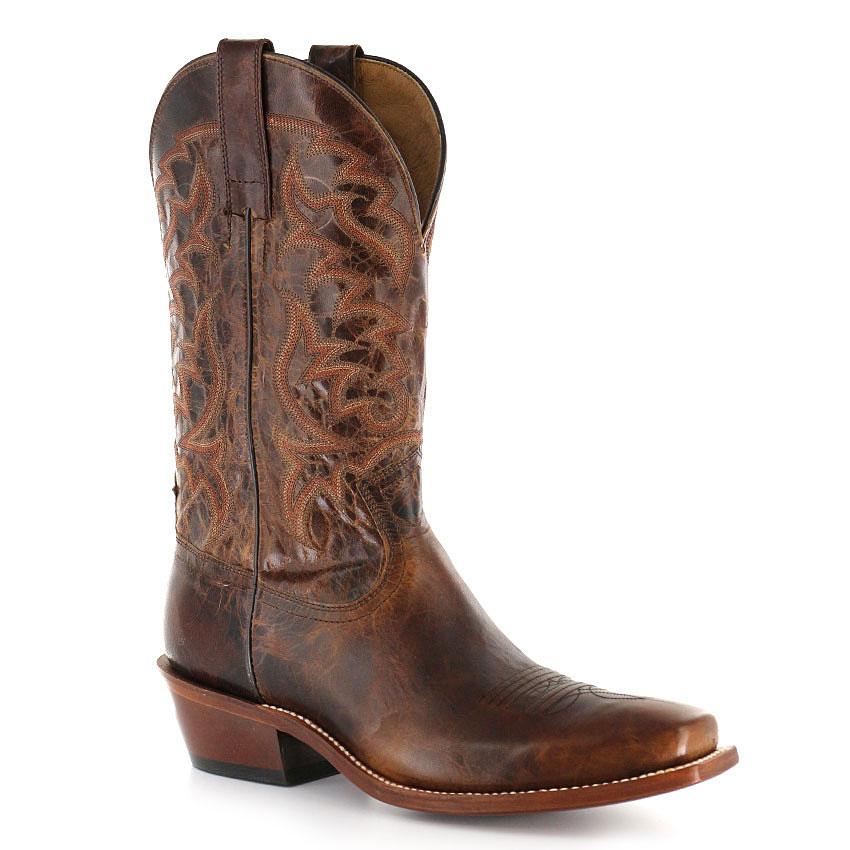 This time around for this character it’s actually going to be pretty simple, but it’’s simple in a very specific way.

And by specific I really mean that there’s not much you can do to 'lower the cost' or 'improvise' many of these items.

And that is because the specific look of this character is one that is very detail-oriented, complex, and in a style where 'normal' items cannot replicate the appearance without losing so much 'substance' that it arguably becomes too 'less' of a costume.

So here we go with what little we can do, and how to maximize the items to look as good as possible:

1) Your shawl should be wrapped in a specific way...here! There’s a few inspirations, and in order to get the 'over the shoulder' look of McCree’s default look; just simply make slight adjustments to the 'bandana' style.

2) Obviously, shirt and khakis should be put on first and as you normally would.

3) Cowboy chaps and breastplate should go on over the pants and shirt, respectively. Be sure to adjust as needed.

4) At this point it might be a good idea to fix the spurs to the boots if you haven’t done so already.

5) Put on the holster, and then affix the BAMF buckle to either the holster or your belt.

6) Make sure that the revolver prop is in the holster.

8) And finally put on the gloves.

9) Now shirt, pants, and gloves should be things you already have. If not, it’s a good time to get some that you can wear around casually.

10) Shawl can actually just be a piece of red cloth/fabric or possibly a red scarf...this part can be jury-rigged to a more 'minimalistic' look.

11) Chaps, spurs, gloves, and cigar may not be necessary. But they will certainly detract from the 'authenticity' of the costume. It may very well be too much if you take away all or even one of them...completely personal choice here.

12) Even the robot arm(s), holster, and BAMF buckle may be disregarded here...although only the BAMF buckle is something that would be considered a 'minor' detail. The other 2 may very well be too much to subtract from the equation and may very well ruin the costume too much. Especially, if done so in combination with some or all of the 'jury-rigging' options above.

13) Revolver should definitely stay though...look it’s McCree after all...he’s a cowboy! Their signature weapon is a 6-shooter. Without it, you are seriously ruining even the core of cowboy costumes...if you absolutely have to, get a squirt/water/cheaper toy gun adn spray paint it silver or chrome or whatever. Trust me, it’ll look really stupid if you disregard this piece and especially if you followed some of the suggestions above.

Alright and that’s a wrap for McCree...this one is a long one, but it’s well worth it to consider everything said here.

Oh and just remember that…