World of Warcraft (WoW) fans are finally getting the big screen treatment with  the Warcraft movie dropping this weekend. With a large built-in fan base, there are high hopes for the film to do well. With these hopes comes huge pressure for the filmmakers to have a blockbuster success. The World of Warcraft movie feels as though its been in the making for a long time, and in that time the fans have been able to express their concerns and excitement all over the Internet. No matter how Duncan Jones, son of the late great David Bowie, interprets the game lore on screen, fans of the game world and cosplayers will likely pack theaters decked out in their favorite characters outfits.

Long a part of the geek community since the original Warcraft game’s release on PC in the 90s, the game’s reach has grown from LAN parties to becoming a massive multiplayer online community with millions of players.

Some of the most cosplayed characters are from the Warcraft universe. And a great site for finding top notch cosplay is GeekXGirls.com.

We put together a list of the most impressive WoW cosplays that have been highlighted on geekxgirls.com. 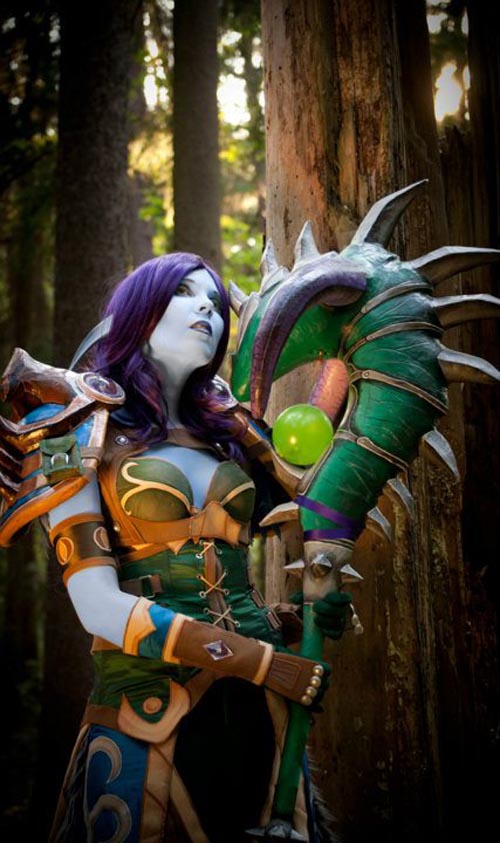 The amount of detail she has put into each aspect of the cosplay is incredible. From everything to the armour she is wearing to the accessories she holds, each object has been added with distinct intention. 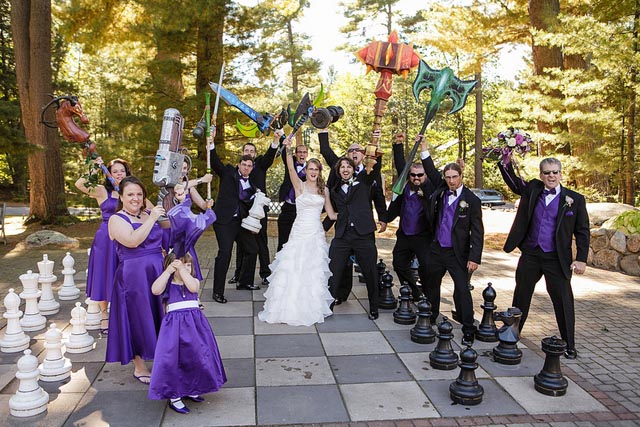 Some people may find themed weddings to be a bit much, but if you love something why wouldn’t you include it in the most important day of your relationship? This couple weaves in details from small and subtly made coins for photographs, to more elaborate weapons for group photo-ops, incorporating their favorite game into their special day. 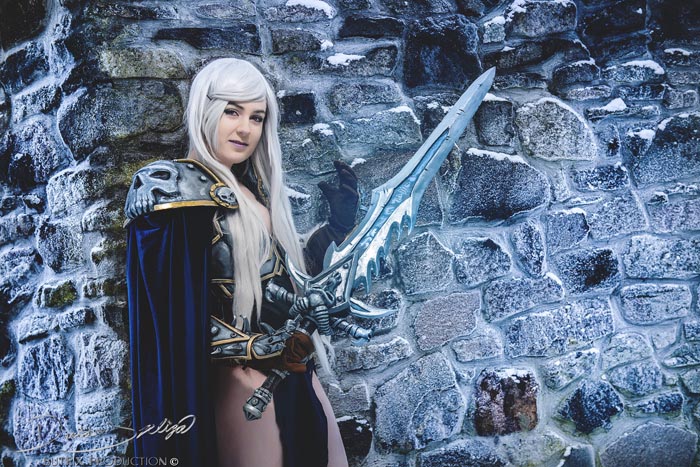 This example has a woman who has been working on the same cosplay over several conventions experimenting with different materials to perfect the look. It just shows that these Cosplayers are committed to their craft and will work extremely hard to properly represent their favorite characters. 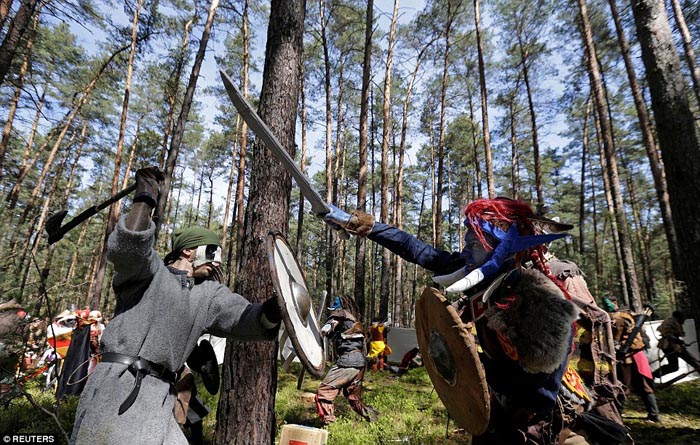 Cosplayers don’t always work alone, sometimes a large group of them will get together and reenact their favourite game, temporarily allowing themselves to feel like a part of the world they know so much about. Wearing their battle gear and using soft imitation versions of their designated weapons, these people get to join together with their fellow fans and have an epic battle.

Elf Mage by Blossom of Faelivrin 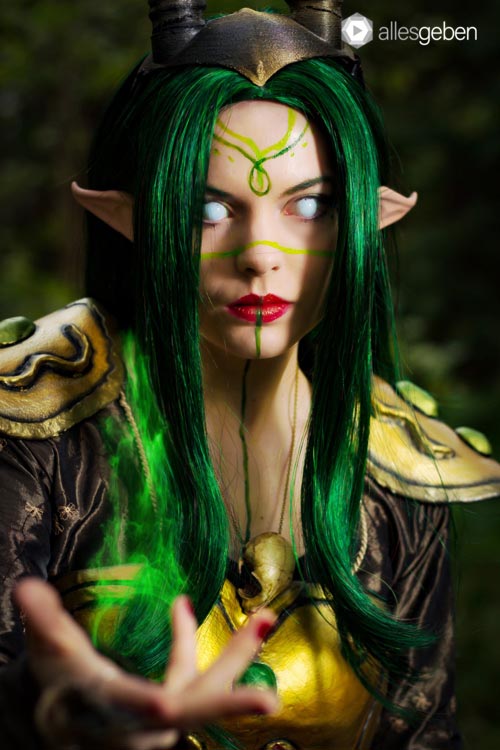 Cosplayers will go to extreme lengths to get the look right - even wearing contacts that make it nearly impossible to see just so the photos will turn out as they envisioned! This character is not a character that was already in the game, but was inspired by the elf designs from World of Warcraft.

More from  Blossom of Faelivrin 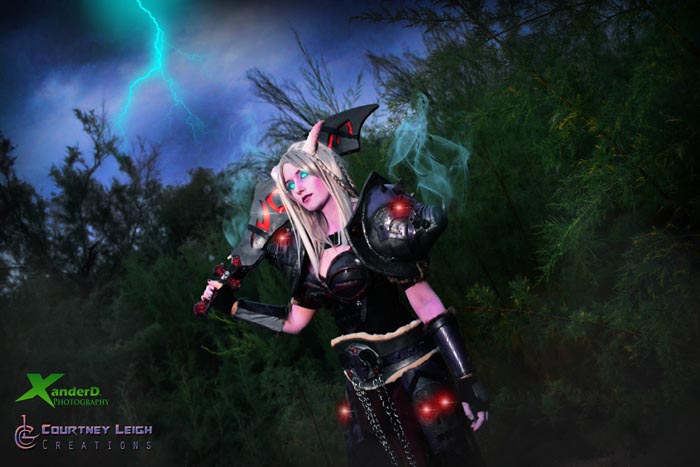 These elaborate cosplays can take a long time to assemble. This particular one took over a year to complete the entire armor. Even though it took so long, it pays off, honoring the World of Warcraft characters with an impressive photo shoot that incorporates other aspects of the game. 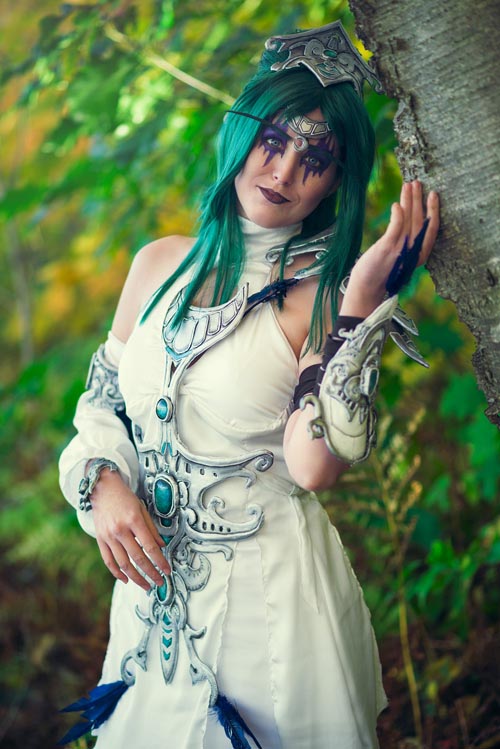 Cosplaying is more than just an outfit, you also have to act the part. The cosplayers get to take on different personalities to properly represent the characters. 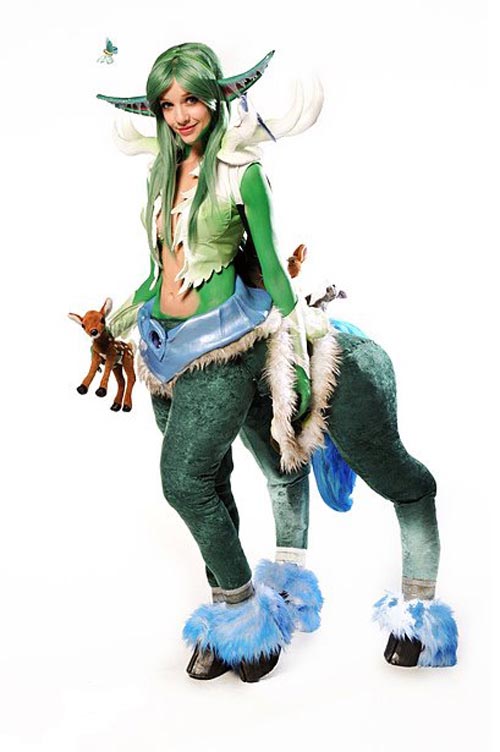 Some costumes are impressive, but this one really has that extra something - maybe it’s the legs. An extraneous amount of planning must have gone into this cosplay, as the fake legs look very well matched size wise and really give the outfit that professional look. 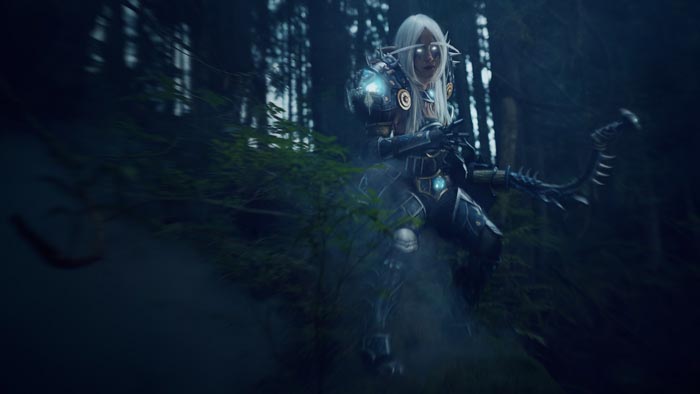 The cosplay community seems to have a bit of a group, with the cosplay actors befriending photographers to help bring their creations to life. This particular cosplay does an excellent job at using the photographers skills to highlight the theme and character, enhancing the darkness and misty qualities of the surroundings. 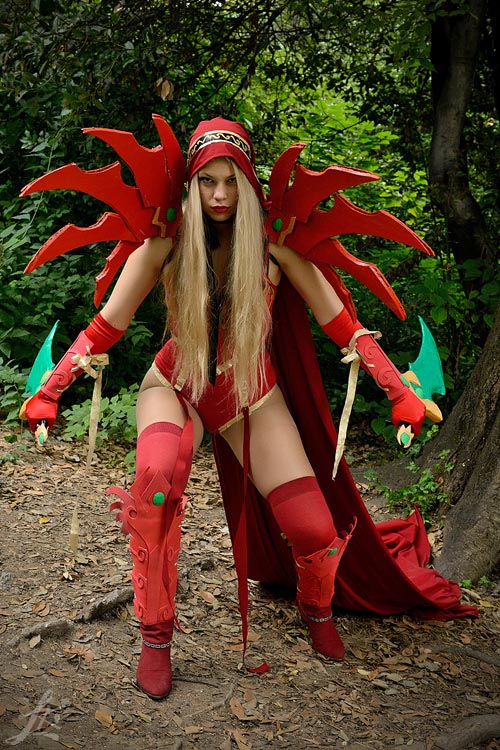 Cosplayers compete between each other after they have perfected their costumes. This one, as impressive as it is apparently only took 4th place. The elaborate pieces are actually all made out of foam and attached together to create the armor. 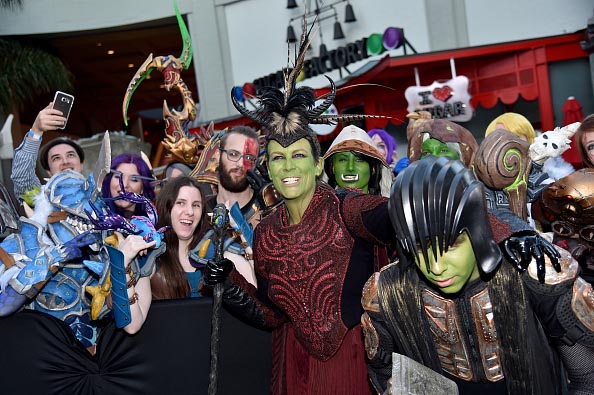 So that is the round of of some of the best World Of Warcraft Cosplays to check out before you see the movie this weekend. One last little bonus cosplay, here is actress Jamie Lee Curtis  at the premier for the movie (that she isn’t even in) showing just how true of a fan she really is.

Enjoy the movie everyone!