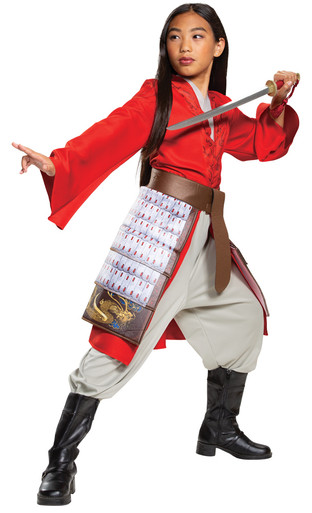 Set off on an epic adventure as the courageous warrior from Disney’s live-action Mulan movie. Dress up as Hua Mulan from the Disney live-action remake of the animated film who disguises herself as a man to serve the Imperial Army. Deluxe costume includes long red jacket with attached light beige shirt, pants and brown belt with faux armored perplum that has golden dragon print on hem. Sword and boots not included.